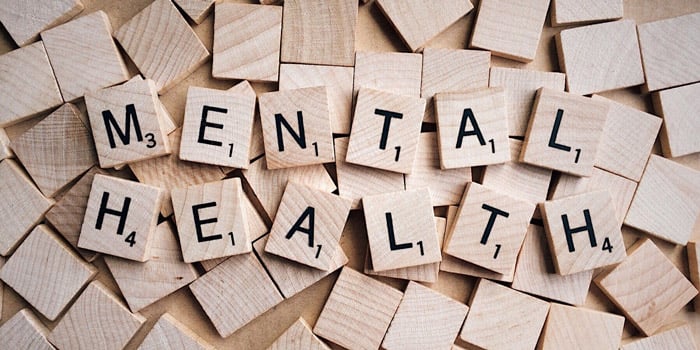 The 3rd-9th of February marks Children’s Mental Health Week, which aims to promote awareness about the mental health of young people. While the mental health of adults has received significant attention in recent years, there’s evidence to show that many mental health problems begin in childhood. Schools, parents and health organisations have a role to play in promoting awareness, self-care and resilience methods that can help to fight problems such as depression and anxiety.

Only last week, children’s commissioner Anne Longfield questioned whether the government were facing up to the scale of the problem. An extra £60m has been invested in specialist children’s mental health services and an additional 53,000 children have entered treatment. Nevertheless, Longfield stated that “We are still a decade away from a decent mental health service for all children”.

The number of children seeking help from Child and Adolescent Mental Health Services (CAMHS) in England has more than doubled over the past two years. However, 70% of children and young people who experience a mental health problem have not had appropriate interventions at a sufficiently early age. With 75% of mental health problems in adult life (excluding dementia) starting before the age of 18, it’s clear that the sooner the signs are spotted the better.

Many teachers are concerned that they often find themselves caring for children with mental health issues when they’re not trained social workers or counsellors. The long hours and focus on meeting academic targets means that teachers have less time to talk to pupils, while increasing numbers of staff are struggling to deal with mental stress themselves.

There’s also a critical lack of specialist resources to support teachers in schools. Mental health charity Mind carried out a survey of over 12,000 young people between the ages of 11 and 19. Around one in five of the young people involved in the research had received mental health support at school, yet almost half of them said that they didn't find this helpful.

Many of these children said they weren't involved in the decisions made about the support they'd received. While many schools are doing the best job they can with limited resources, staff need the right expertise and support from other parts of the system. A properly qualified counsellor in each school, or access to an educational psychologist, would make a huge difference.

Compared to 30 years ago mental health has become a significant issue among young people. Increased stress comes from many different areas - exams, home life, cyberbullying, and the pressures of social media are just a few examples. Yet thousands of young people in England who are put forward for mental health treatment aren’t getting any help.

Research by the charity, the Children's Society, showed that in 2017, 185,000 children aged 10-17 were referred for mental health support after speaking to their doctor. Of these, only 79,000 children went on to receive treatment that year. That means that 60% of those who were referred for mental health support didn't receive any.

This makes it increasingly relevant for schools to play a part in teaching children how to look after their basic mental and physical health from an early age. Building resilience in children can be incorporated into many lessons by encouraging discussion and openness around mental health issues. Schools can also play a part in delivering the pastoral care that ensures children are properly respected and safe in the environment where they spend the largest part of their day.

There are many sites where teachers can access free educational resources around mental health for children, including bbc.co.uk/teach, place2be.org and tes.com.

At Amaze Umbrella we understand that teachers do a crucial job that’s also extremely demanding. To make life a little easier, we offer a friendly, streamlined and supportive FCSA accredited umbrella service that takes the stress out of getting paid for your teaching work. Speak to a member of our team today on: 0161 464 8993