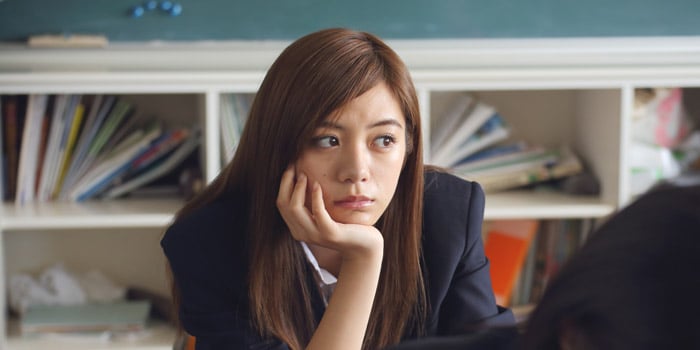 A major global study has found that while the UK has improved its league rankings in academic subjects like maths and science, British teens are some of the most miserable in the world. The Organisation for Economic Cooperation and Development (OECD) study found that just 53 per cent of UK students are satisfied with their lives, compared to 67 per cent across the OECD countries.

Kevin Courtney, joint general secretary of the National Education Union, said there was a: “Clear link between successful education systems and pupils’ sense of belonging and life satisfaction. The finding that pupils in England are less likely to agree that their life has a clear meaning compared with their counterparts globally, and that two-thirds described themselves as sometimes or always feeling worried, should be deeply concerning.”

Growing rates of child poverty and homelessness, low pay and job insecurity mean that a generation of young people in England are growing up believing that their future is bleak. In addition to educating children to pass exams and get into higher education institutions, schools have a role to play in countering these societal issues by building pupils’ self-esteem and sense of belonging. Yet there are serious indications that the opposite is happening from an early stage.

Last week several major newspapers reported that ‘isolation rooms’ are a growing trend within schools. The rooms are used to segregate disruptive children from the rest of the class. While schools claim that isolation rooms are used to ‘calm’ children and give them chance to reflect, there’s worrying evidence that children are being placed in isolation for days and even weeks. Some pupils described the experience as “distressing and degrading”, while others said they had slept because there was nothing to do.

The Centre for Mental Health Charity warned that putting challenging pupils in isolation for extended periods at school could harm their mental health, and that young people who had already suffered trauma were particularly vulnerable. There are no official figures, but one BBC investigation said more than 200 pupils had spent at least five straight days in isolation areas in schools in England in 2017.

The information indicates that once the practice has been sanctioned it can become a crux for teachers. Many pupils had been isolated for very minor ‘offences’, and for increasing amounts of time. In isolation, pupils aren’t receiving their education, nor are they constructively engaged in further correctional behaviour. This means that the practice of isolating children is seen as ‘correctional’ in itself, in the same way corporal punishment once attempted to solve the issue through physical punishment.

However, statistics strongly indicate that this kind of deterrent isn’t particularly effective, as well as potentially storing up problems for the future. Disruptive behaviour is almost always an indication of deeper emotional issues. The number of children seeking help from Child and Adolescent Mental Health Services (CAMHS) in England has more than doubled over the past two years. This often starts with cases of anxiety, stress and depression, which can manifest as disruptive behaviour.

Isolation doesn’t address these issues, in fact the likelihood is that it’s actually detrimental. Isolating children is almost the polar opposite of initiatives like nurture rooms, which are shown to have a tremendously positive impact on behaviour. Based on attachment theory, the idea behind nurture rooms is that they provide a short-term focused intervention to deal with non-cognitive issues that are blocking learning for some children.

In direct contrast with isolation, the emphasis is on building relationships. Once you teach a child to form a relationship with the teacher and the special needs assistant in the nurture room, they can then form them between their peers – it extends to their class, to the whole school and eventually out into society.

A report published by Queen’s University Belfast into the impact and cost effectiveness of “nurture groups” found evidence that they have “a significant and large effect in improving social, emotional and behavioural outcomes among children”. It also found they are “cost effective and have potential to result in a significant saving.” Yet government cut backs have seen the closure of many nurture rooms across the country.

Austerity cuts have also seen schools reducing creative subjects in order to fulfil the ‘exam factory’ mentality imposed on schools by the league table system. Ofsted chief Amanda Spielman has said that academic subjects are the best route to higher-level study, particularly for working-class children. Yet this has seen children losing out on subjects that can enrich their lives and provide them with a sense of meaning, individuality and self-esteem.

2020 looks like it could be a transformative year for education in many ways, to find out about some of the initiatives that could influence the way we learn in the classroom and beyond, read our article here.

At Amaze Umbrella we understand that teachers do a crucial job that’s also extremely demanding. To make life a little easier, we offer a friendly, streamlined and supportive FCSA accredited umbrella service that takes the stress out of getting paid for your teaching work. Speak to a member of our team today on: 0161 464 8993