Teachers Told to Cut back on Creativity 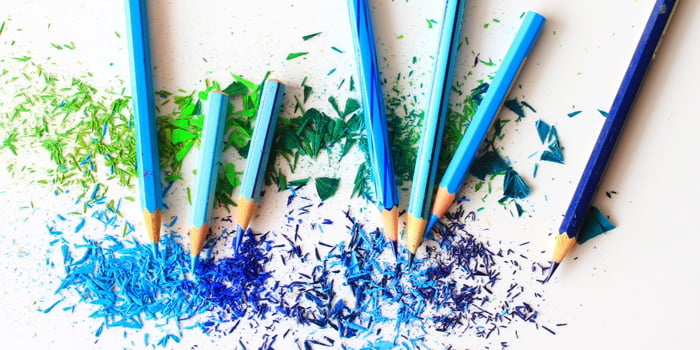 A BBC survey has found that creative arts subjects are being cut back in many secondary schools in England. Out of the 1,200 schools that responded to the study, nine in every ten said they had cut back on lesson time, staff, or resources in creative subjects.

This course of action is advocated by Ofsted chief Amanda Spielman, who claims that academic subjects are the best route to higher-level study, particularly for working-class children. Although it’s not clear how this opinion translates to employment, her views are not supported by current studies that pinpoint creativity as the most sought after skill in the workplace.

As AI and machine learning are automating many tasks that require linear thinking and repetition, creativity is becoming increasingly highly valued. This is because creativity, by its very nature, is not ‘formulaic’, and therefore cannot be accurately replicated by algorithms.

Learning how to think and express yourself creatively is a skill that we ‘unlearn’ as adults. Developmental studies have shown that children are naturally curious, expressive and critical. However, these skills are gradually replaced with set modes of thinking based around routine and conformity.

Teaching children how to channel their creative skills from an early age could be the key to change. As pupils increasingly disengage from a curriculum that teaches them how to pass exam papers, it’s clear that the education system isn’t working for teachers or children.

Dealing with behavioural issues, increased paperwork and excessive accountability are some of the reasons why the teaching profession is experiencing a mass exodus, with 40% predicting that they won’t be working in education by 2024. “My job is no longer about children,” said one teacher. “It’s just a 60-hour week with pressure to push children’s achievement data through.”

Yet what is being compromised by the education system has repercussions far beyond it. Creativity is one of the key skills that allows us to connect with others and interpret the world around us. Young people are faced with an increasingly complex society that’s often difficult and confusing to navigate. If they aren’t given the skills to articulate fear, anger or confusion in constructive ways, this can be a recipe for depression, disengagement and antisocial behaviour.

A study by Prof Hilary Janks, a leading educational expert at the University of Witwatersrand, looked at recent cases of ‘child activists’ to identify their formative experiences. These included 16-year-old Swedish climate activist, Greta Thunberg, and the students from Marjory Stoneman Douglas High in Parkland, Florida, who challenged the US government over gun laws after 17 of their classmates were killed last year.

The study showed that these powerfully eloquent students didn’t just instinctively know how to channel their outrage; rather, they were a product of their schooling. Janks, who has worked for over 35 years in teacher education, found that their education included debating, drama, journalism and civic education, which she argues prepared these children to ‘respond’ rather than react.

While none of these subjects would fall into the ‘core academic’ category, they could equip children with skills such as critical thinking, formulating opinions, strategic problem solving and emotional intelligence. Too often, creative subjects are seen as ‘frivolous’, yet creativity can be applied to many areas of study. This is also true in the world of work, where creativity is being acknowledged as the driving force behind business innovation.

When Ofsted introduce methods that drive teachers out of classrooms and process pupils through institutions, they cheat children out of the most important aspect of education. Getting into a higher education institution is no great measure of success in itself, and businesses are recognising this with increasingly broad recruitment policies that seek out positive ‘disruptors’. Such are the numbers of students graduating with the same qualifications from the same institutions that it’s those who have something different to say who will command the floor.

At Amaze we offer a friendly and reliable FCSA accredited umbrella service that takes the stress out of getting paid for your teaching work. Speak to a member of our team today on: 0161 464 8993